Getting it Back: The Story of Cymande wins top Doc'n Roll honours 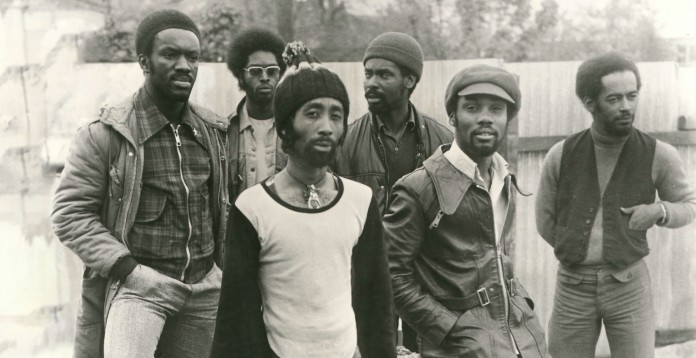 Getting It Back: The Story of Cymande wins Doc'n Roll's Jury Award for Documentary of the Year 2022
14 November 2022

The eight Doc’n Roll Jury Award for Documentary of the Year 2022 has gone to Getting It Back: The Story of Cymande, directed by British filmmaker Tim Mackenzie-Smith, who calls the award “a testament to the power of Cymande’s music and their story”.

The award, announced at the conclusion of Doc’n Roll’s 9th annual UK-wide film festival on 13 November by jury member Jo Kendall, was given in recognition of a powerful, perceptive account of the innovative Black British jazz-rock-funk band’s music, heritage and context.

Director Mackenzie-Smith, whose team includes producer and editor Matt Wyllie and executive producers John Battsek and Daniel Gordon, said: “We are delighted to have been honoured by Doc'n Roll Film Festival with this award. It’s a testament to the power of Cymande’s music and their story, and we have been blown away by the reaction to the documentary all over the country during our Doc'n Roll Q&A tour.

“We believed that this story was important and needed to be out there, and the fact that it resonates with so many people is really beautiful,” he added.

“I'd just like to thank Colm, Vanessa and everyone at Doc'n Roll for putting on such an incredible festival, bringing so many brilliant documentaries to music and film fans all over the UK. I've seen in person how hard the Doc'n Roll team have worked over the last few weeks and they all deserve a massive rest!”

Cymande were largely unsung heroes in their own country, despite being the first British band to play at Harlem’s legendary Apollo and their music – including the iconic “Bra” – being sampled by the likes of De La Soul, Wu-Tang Clan, the Sugarhill Gang, MC Solaar and the Fugees.

In Getting it Back, Mackenzie-Smith has told Cymande’s story on screen for the first time, with tributes from a galaxy of musicians and producers influenced by their music, including Mark Ronson, Norman Jay, Jazzie B, DJ Maseo of De la Soul, Jim James (My Morning Jacket) and Little Louie Vega (Masters At Work).

Also shortlisted for the Doc’n Roll Jury Award for Documentary of the Year 2022 were the music documentaries This is National Wake and Rewind and Play: Thelonious Monk, both of which were commended by the jury, as well as Lee Fields: Faithful Man; God Said Give ‘Em Drum Machines: Detroit Techno; and What You Could Not Visualise: Rema-Rema.