Why work with Doc'n Roll? Music documentaries are our specialty, mission and passion.

In 2017 we developed a boutique UK event cinema, distribution, world sales and strategic consultancy division dedicated to maximising audiences for an annual slate of five carefully selected films that platform and champion unique, under-the-radar, marginal or outlier voices in music.

We handle worldwide licensing across all platforms, and support both established and emerging filmmakers. We work on a handful of early-stage films and evaluate projects at all stages, from development to completion, occasionally as Executive Producers.

We are hands-on, agile, creative and transparent. We focus on nurturing long-term partnerships and working closely with filmmakers and producers to develop tailor-made marketing and distribution strategies for every project we work with, throughout the entire film lifecycle.

If you're a filmmaker/distributor/sales agent with a great film, or a cinema/music venue/VoD booker seeking hot alt-arts content then HMU below.

Check out our current slate of great docs below. 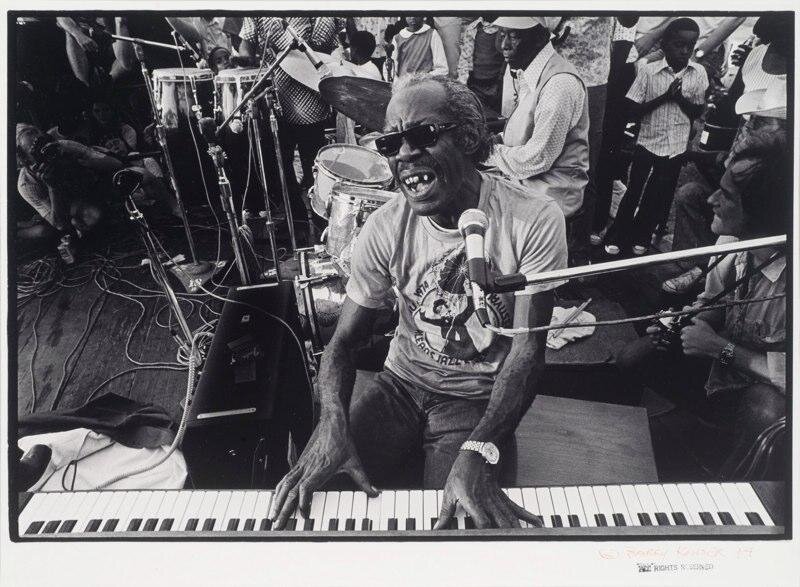 A killer new film about the life and times of the unsung musical genius Henry Roeland "Roy" Byrd, better known as Professor Longhair. The documentary highlights the life and culture of New Orleans, the city that influenced him so. 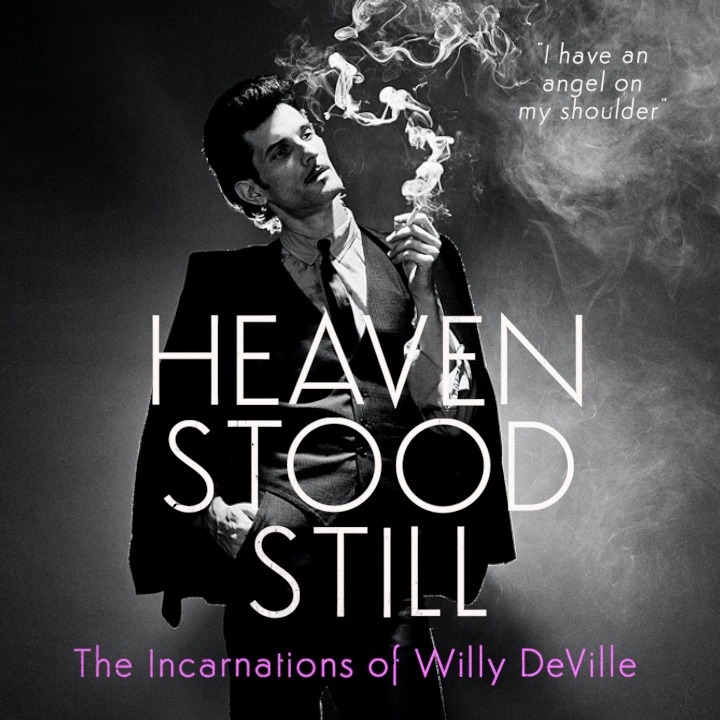 There was no one like the American singer Willy DeVille. From CBGB's Latin punk to New Orleans soul singer to the premiere voice of American roots music on the continent of Europe for three decades, he was arguably the most original, most romantic artist of his time. No one inhabited as many musical styles and personas, and everything about him was a work of art. DeVille sold over a million records and was deeply respected by his peers, from Ben E. King to Bob Dylan, for peerless playing and songs that were anthems to the heartbroken and the downtrodden. Yet almost no one knows anything about him, where he came from or who he loved. DeVille had hits like "Spanish Stroll," "Hey Joe," "You Better Move On," and "Demasiado Corazon," was nominated for an Academy Award for the theme song to the movie Princess Bride, performed on all the major stages in Europe, but remains virtually unknown at home. How could he fly under the radar for 35 years yet leave so much we do know in his path? That is the mystery of Willy DeVille. 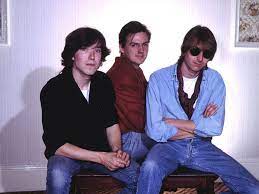 TALK TALK - IN A SILENT WAY

This unique film explores the attempts of Belgian director Gwenaël Breës to unravel the mysteries of Talk Talk’s fourth album Spirit Of Eden, 30 years on from its original release. The problem? Up to his death in 2019 lead singer Mark Hollis notoriously declined all interview requests and the rest of the band has followed suit, refusing to allow their music to be used on film. Armed with a boom mic, Breës must attempt the impossible - to make a film about a band that does not want to be filmed, and tell the story of the ultimate art rock album without playing the record. His journey becomes an organic quest with silence as a horizon line and punk as a philosophy, as he contends, despite all obstacles, that music is accessible to all and the human spirit is above technique. 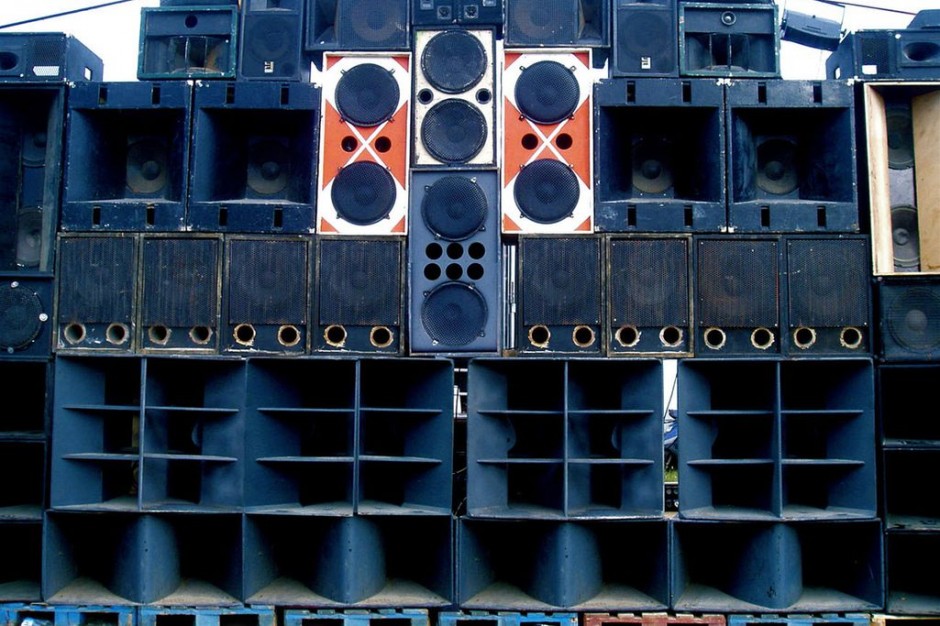 THE REST IS HISTORY: THE EARLY DAYS OF JUNGLE & DRUM 'N' BASS

From the days of illegal raves to the dark club sounds of Optical and Ed Rush, The Rest Is History is a celebration of the early years of Jungle and Drum & Bass music, how it developed into a world-conquering genre, and the culture that surrounded it. It is a story of rave, resistance and resilience that champions the scene's pioneers with interviews from Jumpin’ Jack Frost, Ray Keith, Dillinja, Ragga Twins, Micky Finn, Paul Ibiza, and G.Q. and many more of its revolutionary mavericks. An exhilarating and intimate look into the creation of this beloved multicultural underground art form and its continued legacy today. 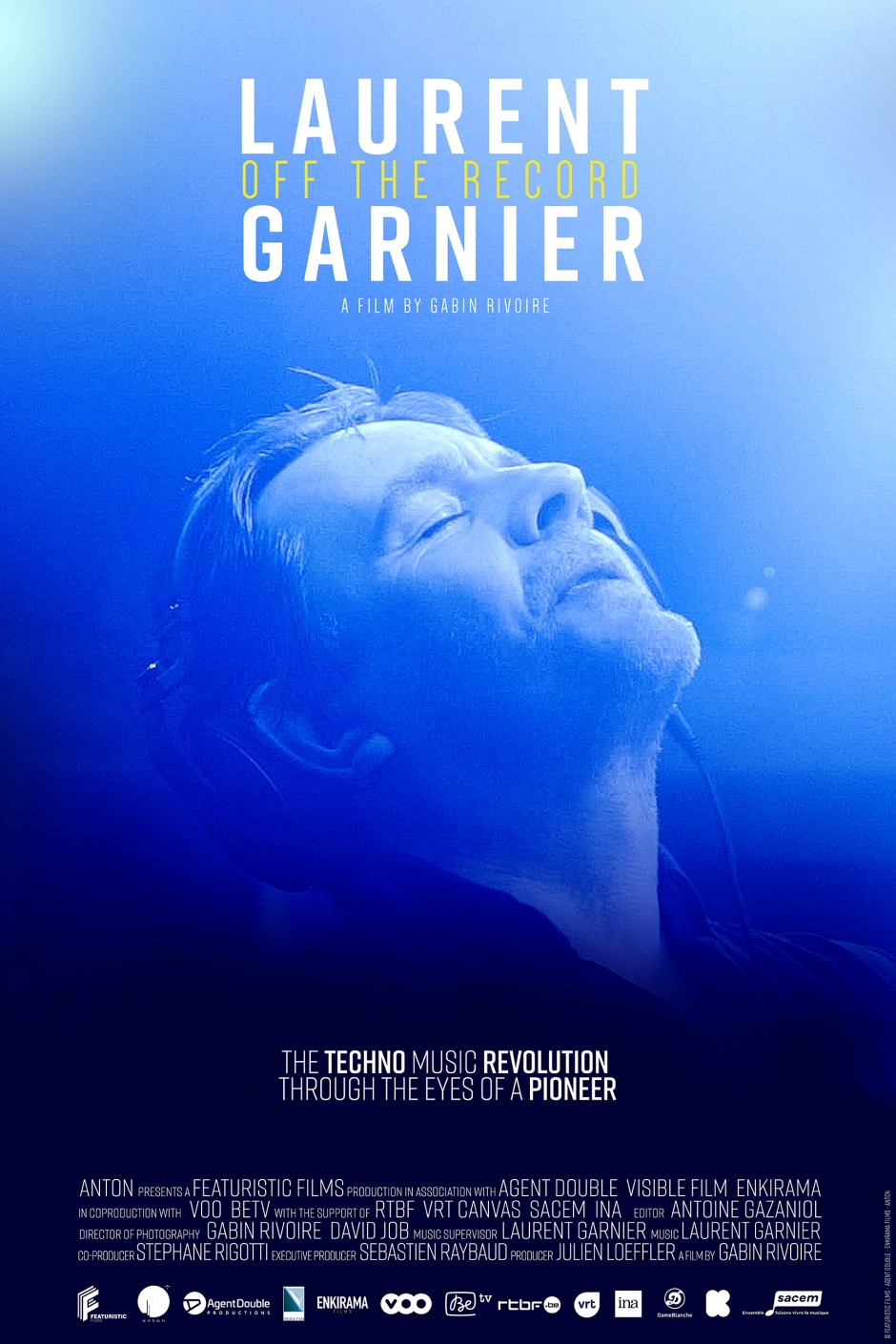 LAURENT GARNIER: OFF THE RECORD

This inspiring, generational documentary explores the birth and rise of techno music through the eyes of one of its pioneers: acclaimed French DJ Laurent Garnier. Through never-before-seen archive images and footage of Laurent’s recent world tour, you will experience a remarkably intimate portrait of a passionate trailblazer who followed his passion against all odds and eventually helped make a musical, social and political revolution happen. It is also a celebration of the ineffable collective music experience, much missed in recent times of self-isolation. Featuring Peggy Gou, Blessed Madonna, Miss Kitten, Carl Cox, Carl Craig, Richie Hawtin, Kenny Larkin, Jeff Mills, and many more. 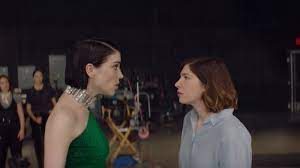 Starring real-life friends Annie Clark (a.k.a. Grammy-winning artist St. Vincent) and Carrie Brownstein (Portlandia, Sleater-Kinney), this is a mischievous, metafictional and frequently laugh-out-loud funny account of banding together to make a documentary about St. Vincent’s music, touring life and on-stage persona. But they quickly discover unpredictable forces lurking within the subject and the filmmaker that threaten to derail the friendship, the project, and the duo’s creative lives. From first-time filmmaker Bill Benz (Portlandia, At Home With Amy Sedaris) comes a densely woven and increasingly fractured commentary on reality, identity and authenticity. A music documentary like no other, this is the story of two close friends who attempt to wrestle the truth out of a complex subject before the hall of mirrors that is their artistic lives devours them completely. 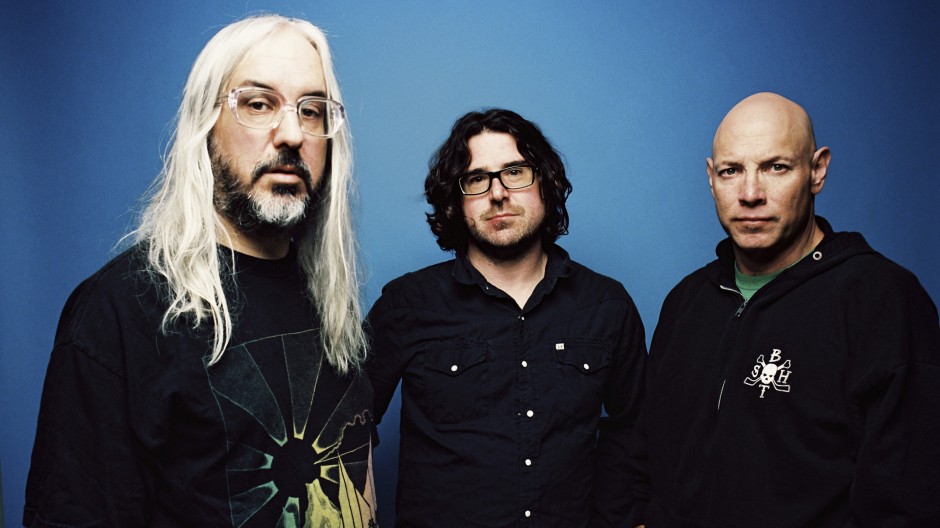 FREAKSCENE: THE STORY OF DINOSAUR JR.

FREAKSCENE THE STORY OF DINOSAUR JR. is a feature documentary homage to one of the most influential bands on the American East Coast, which greatly inspired the burgeoning alternative rock scene - including Nirvana and Sonic Youth - in the 1990s. Their unique style and unmistakable sound, later referred to as "Grunge", laid the foundation for the entire "Slacker" culture of Generation X. It's also the story of the eloquent and eccentric guitarist and bandleader J. Mascis, the bassist Lou Barlow and drummer Murph and a band that funnily does not talk to each other. Communication takes place exclusively through music. Director Philipp Reichenheim nevertheless skillfully encourages the three introverted and shy icons to shoot the breeze and unpack their fascinating story. The film offers exclusive rare insights into the crazy everyday life of the band across three decades, and illuminates the inner workings of a cult band from its embryonic beginnings in the 1980s and 90s to the present day subculture icons. 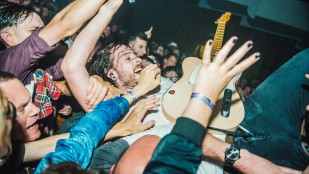 DON’T GO GENTLE is a film about finding strength in vulnerability. It journeys through determination, friendship and adversity of IDLES as they fight for a place in a divided socio-political environment, unexpectedly inspiring and unifying an international community along the way. In a time when the ground is shifting beneath our feet, where open communication and truthful reflection are more vital than ever, we journey with lead singer Joe Talbot and the band as they tear across stages, knock down stereotypes and empower fans to face down uncomfortable realities and talk about mental health. 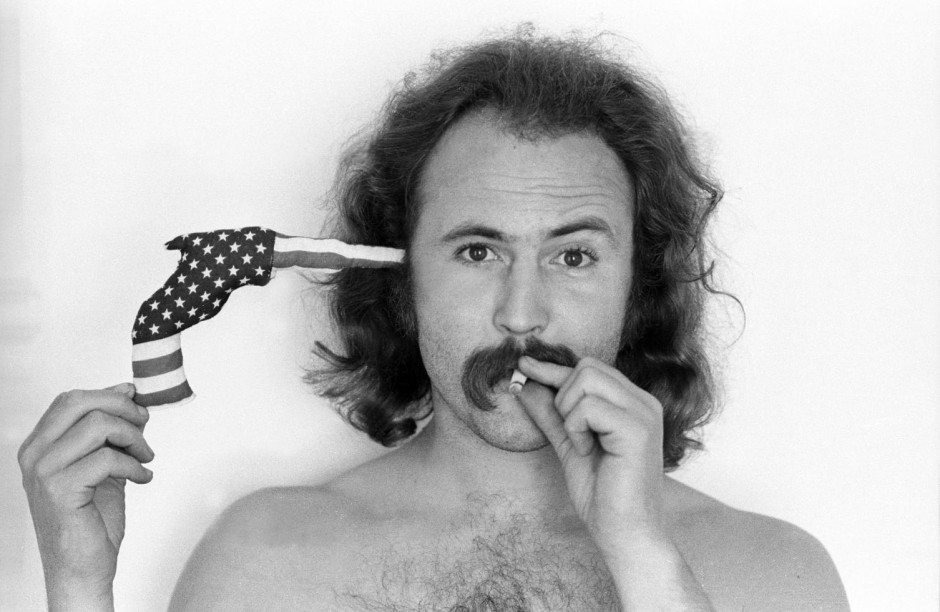 A triumph at Sundance, this inspired collaboration between director A.J. Eaton and producer Cameron Crowe coaxes Crosby into unflinching candor as the singer-songwriter confronts mortality and assesses the damage of earlier days. At the same time, his redemptive journey back to music is universally inspiring and uplifting, bearing an emotional impact that transcends the rock documentary genre. As a troubled talent but uncompromising and principled spirit whose voice has been harmoniously woven into the fabric of pop culture and music royalty since the mid-1960s (first with the Byrds but most famously as a founding member of the supergroup Crosby, Stills, Nash & Young), Crosby finally distinguishes himself as a masterful raconteur and unsparingly self-aware survivor. Taking viewers through soaring career highs, along with the chemical variety that led to ravaging addictions and serious prison time, this film explodes myths and sheds profound new light on all the music, politics, and personalities that crossed his incredible — and ongoing — path. Only Crowe and Eaton could have composed a cinematic portrait so intimate and unforgettable.

RUDEBOY: THE STORY OF TROJAN RECORDS

Rudeboy chronicles the love affair between Jamaican and British youth culture through the prism of Trojan Records, one of the most iconic labels in the history of black music. Combining compelling dramatisations of key chapters in the story with archive and interview footage, it tells the story of the label, placing it at the heart of a cultural revolution that unfolded on the council estates and dancefloors of late 60s and early 70s Britain, immigration and innovation transforming popular music and culture. The film's cast of legendary artists, including Lee “Scratch” Perry, Toots Hibbert, Ken Boothe, Neville Staple, Marcia Griffiths, Dave Barker, Dandy Livingstone, Lloyd Coxsone, Pauline Black, Derrick Morgan and more, bring the sounds, stars and stories to life. When Rudeboy won Doc'n Roll's  Best Music Documentary honours in 2018,  jury member Geoff Travis, founder of Rough Trade Records remarked that the film "was an education and also a history lesson for me, but most of all it is just a really vibrant movie. It makes you really realise why you love music in the first place."