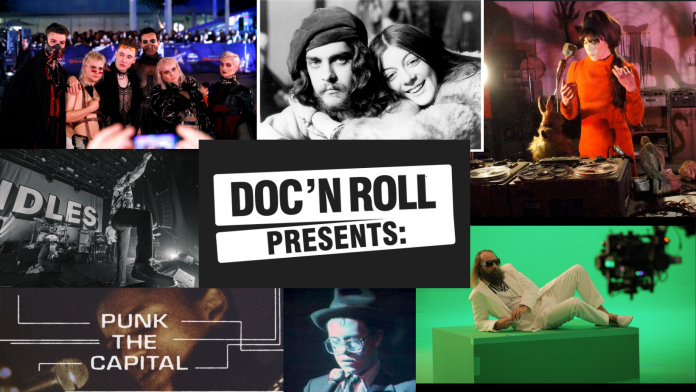 WE'RE BACK ON THE BIG SCREEN!

It's been so long since we last saw you in a cinema. We're over the moon to be presenting IRL screenings again - hell yeah!

For our return at long last, we've curated a programme that includes several of the films whose screenings were cancelled last November due to Lockdown#2 - plus some exciting new additions. And all of them are premieres!

We may have been out of cinemas for a while, but whether it's online via Doc'n Roll TV or on the big screens we love, we've kept on using Doc'n Roll's platform to talk about music - the universal language to highlight the things we care about: musicians' struggles and addictions, mental health, political injustices, womxn in music, and all the instigators and innovators who make music mean so much to so many people.

Come and join us this summer for a unique programme full of under-the-radar gems.

Support your local cinemas... and Doc'n Roll too ;-)