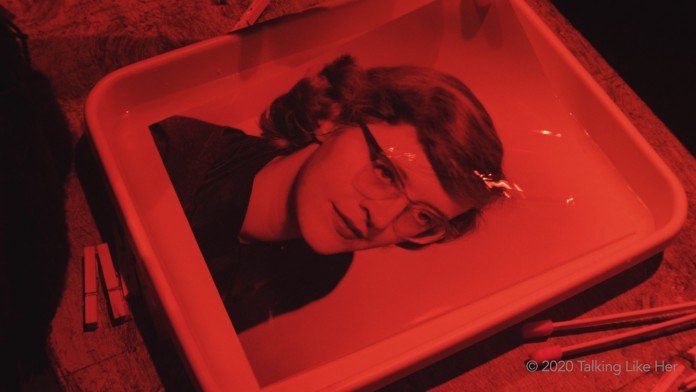 Her songs were personal. So was the rejection. Now her music is everywhere but she is nowhere to be found.

New Hampshire-born Connie Converse was a trailblazing singer-songwriter and musician who, in the 1950s, bared her soul through emotionally complex songs long before America was accustomed to such candour from women. After years of disappointment, in 1974 she packed her car, said her goodbyes and vanished, leaving every trace of her life in neatly indexed drawers waiting to be discovered.

In Talking Like Her, director Natacha Giler pieces together the clues that Converse left behind. As she teases apart the facts of her life and the legend constructed by a new generation of admirers in the wake of the rediscovery of her work and the release of a compilation of her recordings in 2009, Giler questions how much the world has really changed for outcasts like Connie Converse.