My Name is Lopez 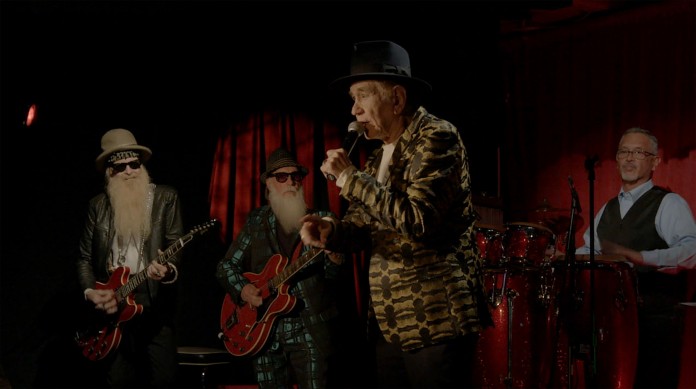 Trinidad Lopez III is the son of a proud Mexican father who was a renowned musician in his own right. Like many before them and since, Mr. and Mrs. Lopez braved extreme danger and gave up everything to cross the border for a better life. Settling in Little Mexico, a black and Mexican ghetto of Dallas, the struggling couple gave birth to their first son, who would pick up his father’s dreams and run further than either of them could ever imagine.

Following several near misses at becoming a star, Trini landed an engagement at the Hollywood nightclub PJ’s, where Trini hoped to meet his idol Frank Sinatra, known to be a regular. Word of a new singing star on the horizon got out and his audience grew quickly. Finally one night, he not only met Sinatra but impressed him so much that the superstar signed Lopez on the spot to his label, Reprise Records. And quickly brought him into his elite circle of friends.

The rest, as they say, is history. His 1963 album, “Trini Lopez at PJ's,” included a version of "If I Had a Hammer," which reached number one in 36 countries. Buoyed by the political climate as a protest song reclaimed by the demographic it represented, his Latin-infused version peaked at no. 3 in the United States, charting higher than Peter Paul & Mary’s standard. He scored 13 chart singles through 1968, and became one of the country's top nightclub performers of the folk rock era, regularly headlining in Vegas, where performers of color were not allowed to sit and drink in the very places they played. An honorary member of the Rat Pack during a time of insidious racism in America, he shared a complicated relationship with his lifelong friend and mentor Sinatra. The film includes a rare live performance with Trini Lopez and the Gand Band, and a candid on-stage Q&A by Alison Martino of Vintage Los Angeles.