Goat Girl Album Documentary & On All Fours Live at The Dome, London 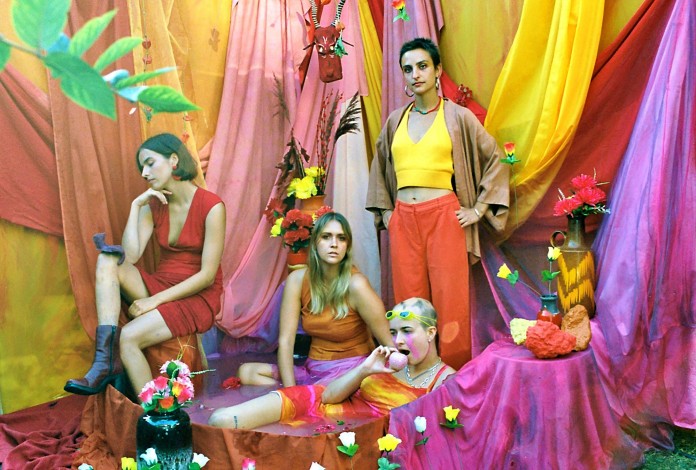 Ellie Rose Davies of Goat Girl writes: “I started making this documentary during the first lockdown. During this period I was living in Cornwall being treated for cancer, and I needed to find a way to fill my time. It was the first time in years that I felt I had space to be creative without a deadline, and I was finding joy in the process of creating music and art again, as opposed to being focused on the finished product. I have such a deep appreciation for Goat Girl’s sophomore record On All Fours, and the memories that were made around it, that I wanted to share this with the world and celebrate it.

“When recording the record with our producer Dan Carey, I captured snippets on my iPhone, but this wasn’t quite enough footage, so I asked the other Goats to send me any videos they had of us writing or recording the album. I collected graphics and illustrations from Toby Evans-Jesra and Aidan Evans-Jesra (who painted the album cover) and collated all of the iPhone clips and used music from the record to create the On All Fours Documentary.”

Goat Girl - On All Fours Live at The Dome, London
Dirs. Goat Girl & Charlie Moore, UK, 2021, 55 min
A live concert film documenting the first time Goat Girl were able to play the album live in its entirety. Shot before an audience at Tufnell Park's Dome, four months after the album was released.